Joshua E. Bills was born in Burley, Idaho and grew up in Washington state.  Joshua is a graduate of Brigham Young University where he received his Bachelor of Arts.  He received his Juris Doctorate in 2006 from Gonzaga University School of Law in Spokane, Washington, where he graduated in the top 10% of his law school class.  Joshua obtained his Master of Laws (LL.M.) in Taxation from the University of Florida, Levin College of Law, graduating in 2007.  He moved to Lake County, Florida with his family in 2007.

Joshua is a member of the Florida Bar (2008) and the Washington State Bar Association (2007).  He is also admitted in the United States Court of Appeals for the Eleventh Circuit, United States District Court for the Middle District of Florida, as well as the United States Tax Court.  He joined Hunt Law Firm, P.A. in 2012 and practices in the areas of tax controversy, civil litigation, municipal law, probate and estate administration.

*This website is designed for general information only.  The information presented at this site should not be construed to be formal legal advice nor the formation of an attorney/client relationship. 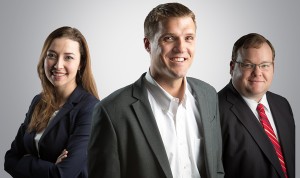